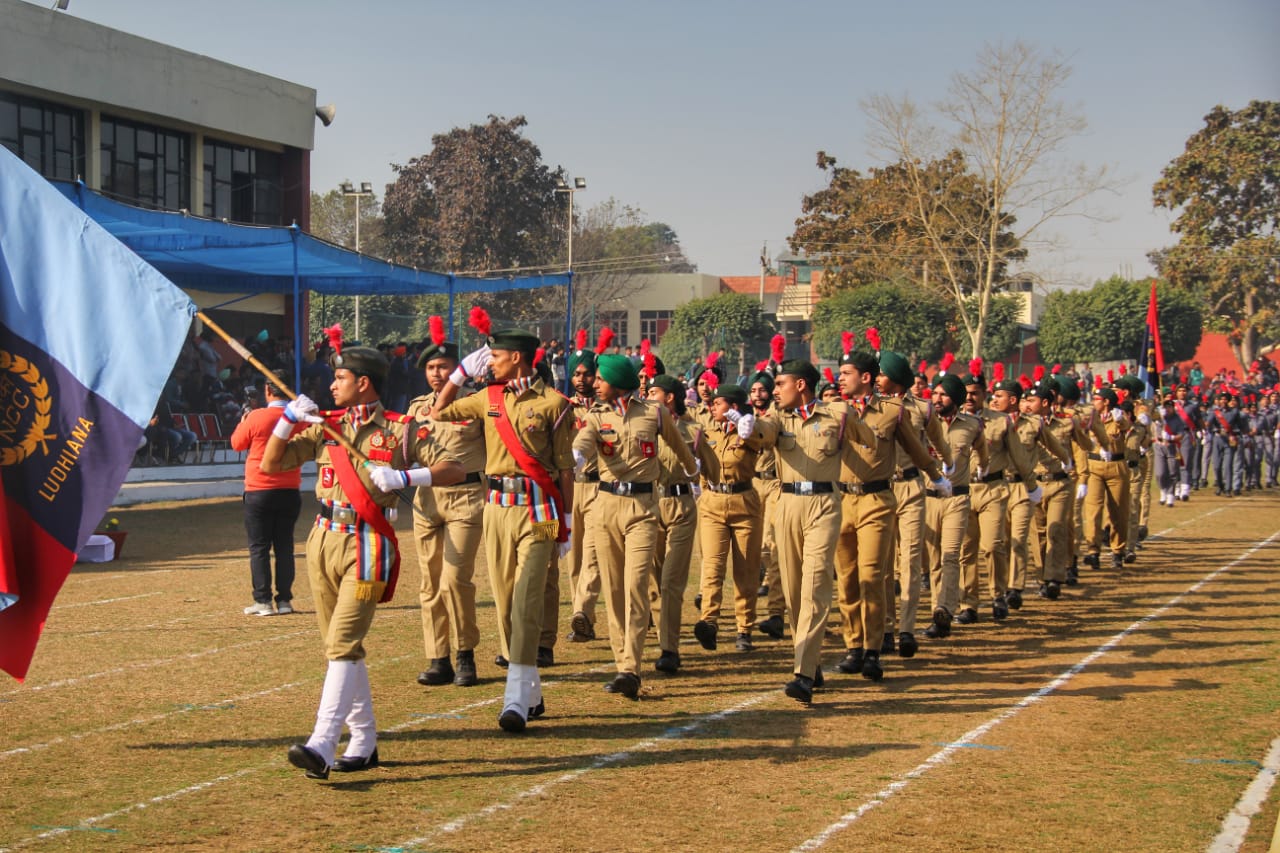 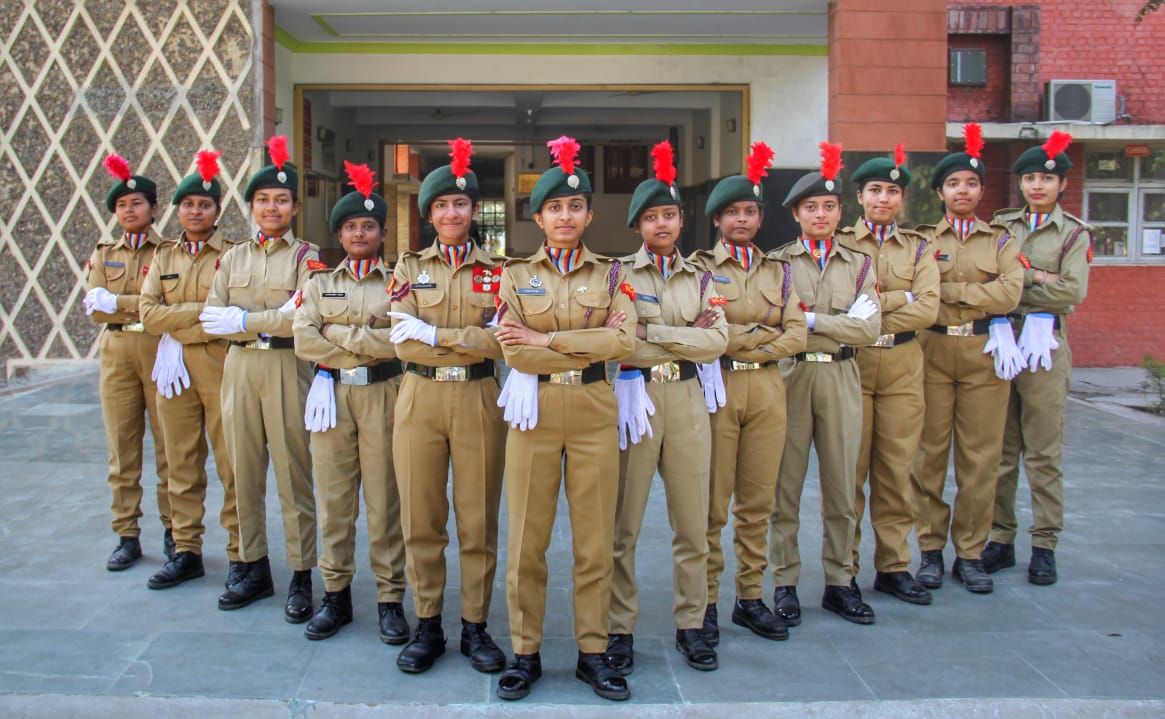 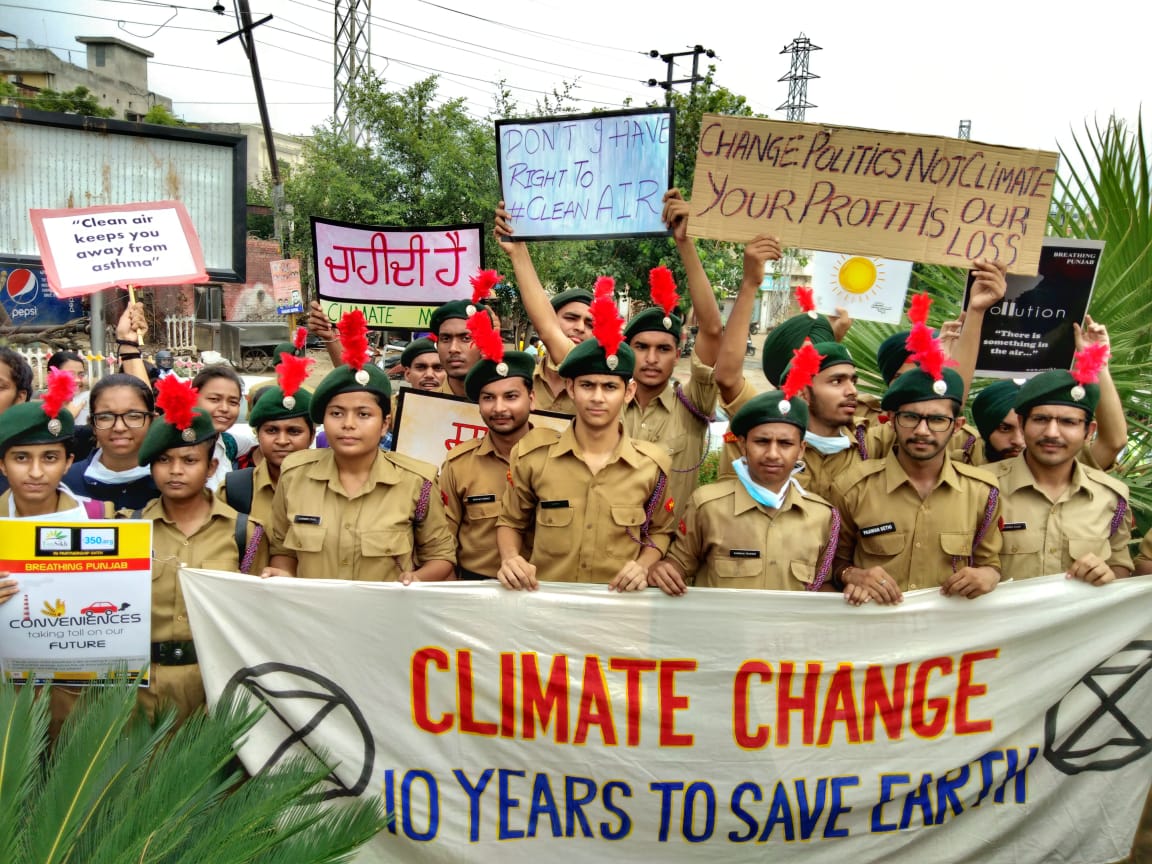 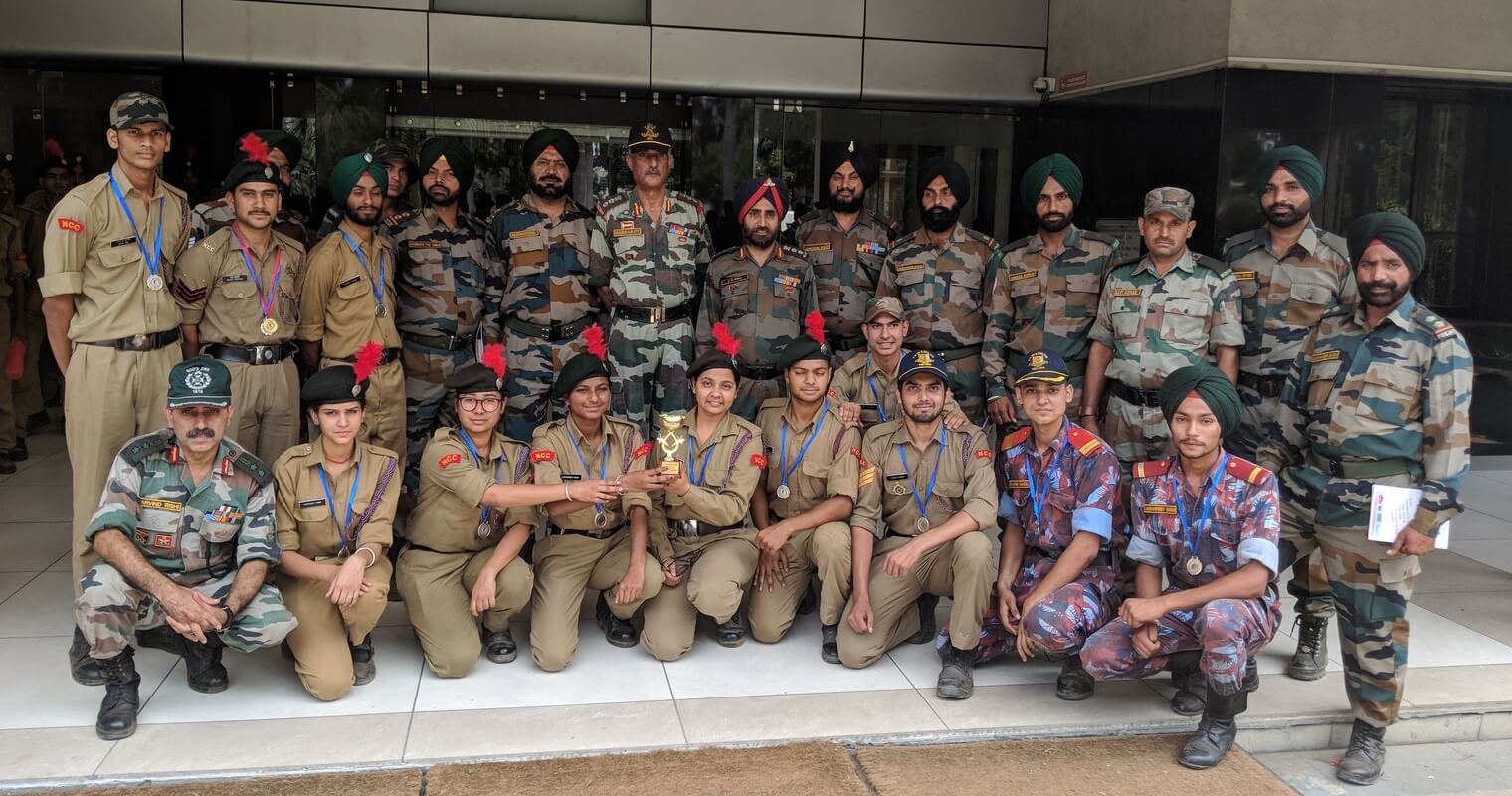 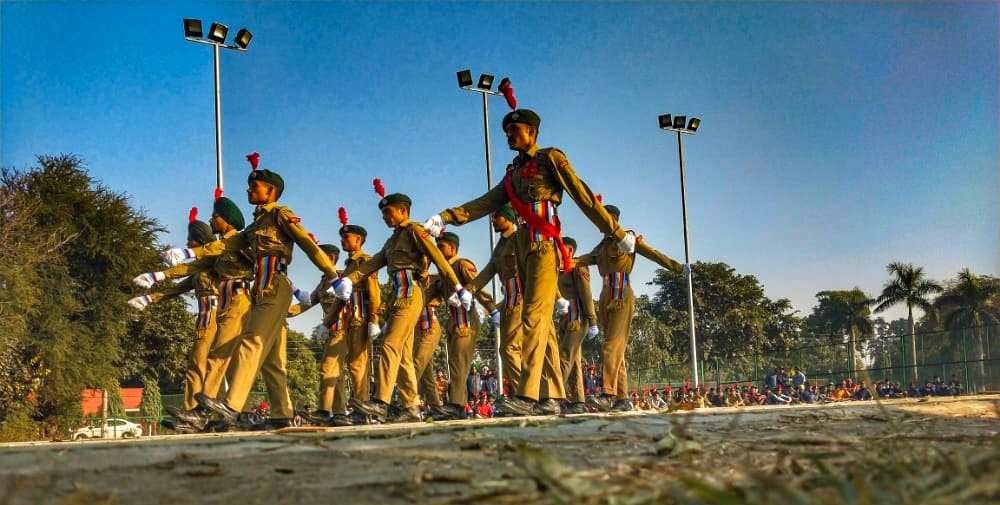 "Life is not measured by the number of breathe we take,but by the moments that take our breaths away."

Guru Nanak Dev Engineering College, Ludhiana, besides being a premium college for engineering studies, is also a training ground for cadets of NATIONAL CADET CORPS. The NCC cadets of GNDEC are enrolled under the 3 PUNJAB batallion. Regular drill sessions are conducted in sport complex, where the senior cadets impart their skills and Josh to Junior ones. The session starts with a light warm up including two-three rounds of 400 meter track and jumps. Drill sessions are always a delight to watch, where some cadets could be seen marching in proper sync and coordination, where defaulters could be seen facing grueling RAGDA.

The RAGDA make the cadet stronger and sparks his/her inner strength. The senior always tries to bring their cadet out of their comfort zone so that they can grow a step every day. Also, PI (P.T. instructor) and ANO visit the ground to ensure the proper functioning of the drill parades. They interact and solve the problems of cadets. Students brought up like cadets build good friendship with other cadets.

Along with the outdoor drill, indoor sessions are held in which cadets exercise various tasks to inculcate the OFFICER LIKE QUALITIES. Senior share their experiences of growing out of this organization as a leader and building inter-personal skills to lead a group of men. We got to do more and more of extra-curricular activities, we perform nukkad-nataks, we dance, we sing, we go out on road for rallies, we give lectures, we discuss the highlighted topics of concern, we go for camps, we learn and above all we perform our duty as NCC CADETS.

Camps are always exciting and a transforming phase in a cadet’s life. There he/she is shown the real schedule of a defence personnel. Here his overall dimension of personality shines from doing parades in scorching heat to performing cultural events in evening, from competing with other cadets in Obstacle Race to shooting in bird’s eye, from delivering his roles as a guard and at times a linesman in the range to serving food and refreshment to other cadets. It is the camp that one has wide chances of learning and earning those smart looking badges that decorates one’s uniform. We get in touch with soldiers and learn the art of shooting, giving commands and carrying out one duties with accuracy and precision. We live in one house and make it a home of above 700 cadets and defence personnel. The NCC cadets has always proved the quote “NAAM NAMAK NISHAAN” In GNDEC scholars are made and NCC makes them SCHOLAR WARRIORS.

Indian Armed Forces always brought laurels to the Nation. Their contribution in war and peace are of immense value to every Indian. We proudly celebrate Kargil Vijay Diwas Day and many such battle honour days in the memory of our brave soldiers.  Indian Army conducted surgical strikes in 2016 which had strategic ramifications and were aimed to dissuade inimical adversary from adopting the path of violence and to ensure an environment of peace for the Nation.... Read More!

Visuals from surgical strike footage of 29/9/2016 from Pakistan Occupied Kashmir (PoK). On September 29, 2016, the Indian Army carried out surgical strikes on seven terrorist launch pads across the Line of Control (LoC) as a response to an attack on its base in Uri earlier that month. To showcase the courage, valour and sacrifice of Armed Forces, ‘Parakram Parv’ is being observed from 28-30 September 2018. The main event is planned in India Gate Lawns, Rajpath, New Delhi. Similarly, 53 locations in   51 cities across the Nation shall be showcasing the events highlighting valour of Indian Armed Forces in general and Special Forces in particular.

The Battle of Asal Uttar

The Battle of Asal Uttar was one of the largest tank battles fought during the Indo-Pakistani War of 1965. It was fought from 8 to 10 September 1965, when the Pakistan Army thrust its tanks and infantry into Indian territory, capturing the Indian town of Khem Karan 5 km from the International Border. The Indian troops retaliated, and after three days of bitter fighting, the battle ended with the Pakistani forces being repulsed near Asal Uttar. Factors that contributed to this were the fierce fight put up by Indian army, conditions of the plains, better Indian tactics and a successful Indian strategy. In the night, the Indian troops flooded the sugar cane field, and the next morning, the Pakistani tanks of the 1st Armoured Division, consisting mainly of M47 and M48 Patton tanks, were lured inside the horse-shoe trap.